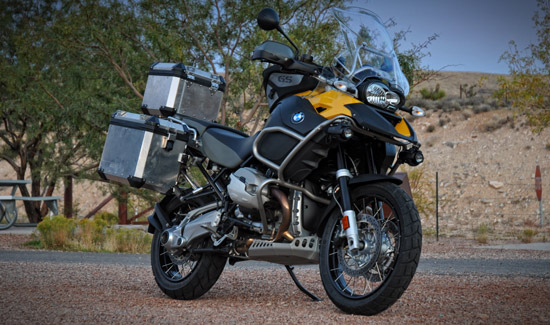 I was dropped the BMW gs 1200 adventure a while back with some modification carried out by the owner. He had removed the ex valve and also removed the catalytic converter. Steve was having some low down stutter / snatchy throttle issues causing him to slip the clutch sometimes in slow moving traffic. At the best of times the BMW can be a little lumpy low down but the problem was amplified with the modifactions which were carried out .

Firstly before the bike was put onto the dyno we ran a diagnostic check to be sure there were no sensor or electrical faults casuing any problems .

The bike was then ran to see what our base line figure / setting would be (on chat below in blue) . The next step was to delete the exhaust valve from the ecu and do some small igntion mods , rpm limiter mods and top speed limiter removal via ecu flash . We ran the bike again to see that we had an increase but were looking for more . The next step was to do some afr (air fuel ratio editing) all done via ecu .

After some time on the dyno we acheived some great gains . 11bhp and 14 ftlb of torque as show below in red .[youtube]https://www.youtube.com/watch?v=5mwULWN9jsM[/youtube] I spent a couple of hours on the bike today and after my ride home yesterday on all motorway/ dual carriageway, I can give a better judgement of Gary’s remap.Bike is a 2010 GSA Twin Cam, flappy valve and cat recently removed.Yesterday, I left home at 7.45 for Dublin to get the bike remapped. On the way down I tried riding at all sorts of speeds and different rev ranges to really get a last feel of the bike as she was.Bike was going well, but after reading stuff online and talking to other owners I am now wondering does it have a vibration at 4.5k revs?
So I sat with my heels on the pegs and between 4-5 thousand revs it did have a bit of a vibration.
Never really bothered me but I thought it was just typical of the Boxer engine.Gary, the Dublin bike guru was finishing off a Ducati from yesterday, left him my bike at 10 am. Headed off on foot and soon met up with a mate who lives local. We dropped by again at 12 and he’d just started mine.Wasn’t finished until 4pm. He said BMW boxers are not like Japanese bikes and need much more time to sort properly. ( This makes the whole process understandably slightly more expensive)I got the usual printout…. Bike was doing 85 bhp and 59 ft/lb torque before.Running very lean. After the remap it’s 96bhp. And 73 ft/lb torque.13% increase on bhp. Almost 24% up on torque, if my calculations are correct.Cost was 450 Euro. (£325 by today’s exchange rate ) A bit dearer than the jap bikes, some of which are done in an hour. The BMW needed much more time spent on it to get it a bespoke map. Best part is, it’s still cheaper than £360 at Hilltop in England and no need for an expensive ferry and overnight accommodation.So the ride home…. Sadly it was all motorway and at peak traffic time. But I’m glad to say dry.First impression. Much smoother. In traffic it appears to fuel a lot smoother, but to be fair it was only slow speed stuff for a few miles between Dublin and Belfast, as 100 miles of the journey was motorway!

It reminded me of the difference on the day I left off my KTM 990 Adventure and took a GSA twin cam out for a test drive, almost no need for the clutch at slow speeds.

My bike had been stalling on the downshift through the gears, when slowing down to a stop after a run. I tried to replicate this on the way home. At the toll plaza and the other couple of stops I had to do on the way home and the problem “appears” to have gone. But too early to say.

The rev thing I mentioned earlier…. Can’t now notice the vibration between 4 and 5 thousand revs. Hopefully it’s gone.
80 mph in 6th, roll on the power and she now pulls like a train to well over 100.

Leaving Dublin the bike was well short of fuel and I was trying to make it last. But a quick roll of the throttle showed 130mph….. Bit more in it but I rolled off again. Before today it slowly reached 120 or a tiny bit more. But now she raced up to 130 and I’m sure there was more in it.

From what I read online, the plugs are probably crap after 9000 miles of running leaning and needing replaced, so I’ve a nice set of Iridium plugs to go into it. But first I want to play about on her and got the measure with the new settings, just so I can form an honest un-biased opinion of what the differences are before adding new plugs and hopefully an even bigger improvement.

Today I headed into Belfast on an errand and stayed in the city centre to play about in traffic. Not much congestion and I didn’t realise bikes can use the new bus lanes.. But what I did experience was very smooth fuelling and very little need to slip the clutch at slow speeds.

Then out of town and some country roads. I was able to chuck the bike about a lot more and was cornering much better than I have in the past year or so….. Strange, but the fuelling made me much more confident at leaning the bike over on blind bends. I’d started to think I’d lost my nerve a little as I was starting to slow down of late. I really enjoyed those roads, more than I have done in a long time.

Then I finished off with a couple of fast dual carriageway sprints near my home. 2 roundabouts with I guess about half a mile between them. A quick blast through the gears between roundabouts. I had no real interest in wanting the bike to be fast in a straight line, but I must say, this is where I really noticed it was a different bike. 0 – 120 in a very short time. But noticeably smoother than I’d ever have expected. She is definitely a LOT quicker in a straight line.

Fuel computer is now showing about 10 mpg down on before, but it’s only a computer. I don’t think it measures the fuel used, but guesses it. Therefore I will keep an eye on consumption. Problem is, I’ve been doing some silly revs to see how the new map is working out.

Before having this done, I was a bit of a sceptic, thinking some people imagined the improvements to justify shelling out the cash. But so far it has been all positive for me.

The stalling problem I had before didn’t happen yesterday or today, even though I tried to induce a stall.

Only possible downside is the fuel consumption worth watching as it could increase. Even if it does, my bike is my 2nd mode of transport and therefore for fun. If mpg increases, I’d not be that bothered. I prefer the new smoother engine.

Option 1 : Post in your ECU, contact me with the spec (exhaust, air filter, etc) and I can flash the ECU without the bike. Flashed with dyno built maps       Price :€350

Option 2 :Ride in get your ECU flashed to pre configured on dyno flashes to suit your bikes configuration whether it be a full exhaust system , slip on end can or high flow air filter etc
€350
Option 3 : Bring your bike for a custom ECU flash – this is what we did with Steves bike. Dyno print outs before and after and your bike fully customised for optimum performance / efficiency .
€400
All flashes come with a parameter reset and diagnostic check . Service light removal optional
https://www.youtube.com/watch?v=OB0VzQrPNOc[youtube]https://www.youtube.com/watch?v=OB0VzQrPNOc[/youtube]