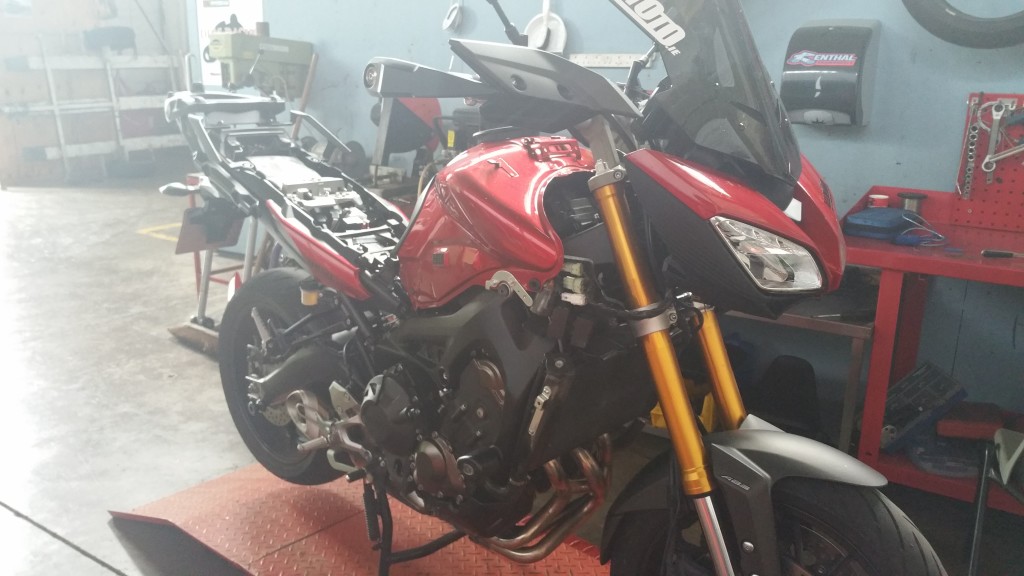 I was dropped in the new 2015 Yamaha Tracer from Derek at Allmoto.ie . Derek was saying how amazing the bike was in so many ways and couldn’t get over how good the bike handled on a previous track day in mondello park, but, there were a couple of issues that needed addressing.

I questioned Derek on some details of where he felt the problems were and it soon became apparent that it was the same issue that most new motorcycles now a days have – lean standard/factory fueling.

This causes a snatchy throttle (switch like) low in the rpm which makes the bike so hard to ride while cornering , slow speed city driving  and motorway surging in some cases. Due to strict emission laws new motorcycles run quite lean which does not help with ride-ability .

So what did we do? How was it fixed ?

First off a base reading was taken from the motorcycle so see what why it was fuelling and to see what power the bike was making. This bike was completely standard with no modifications. It was a perfect start for a Yamaha Tracer ECU Flash.

The base line figures were noted and then the ecu was removed from the Tracer which was then flashed to make compensations for the poor fuelling. The top speed limiter was removed and deceleration values were also edited to reduce engine braking slightly to help with the response from closed to open throttle.

After many hours of tedious work and multiple runs on the dyno the custom reflash was complete. With increase power, increased torque, restrictions removed and the throttle response greatly improved the Yamaha FJ / MT 09 Tracer was transformed . 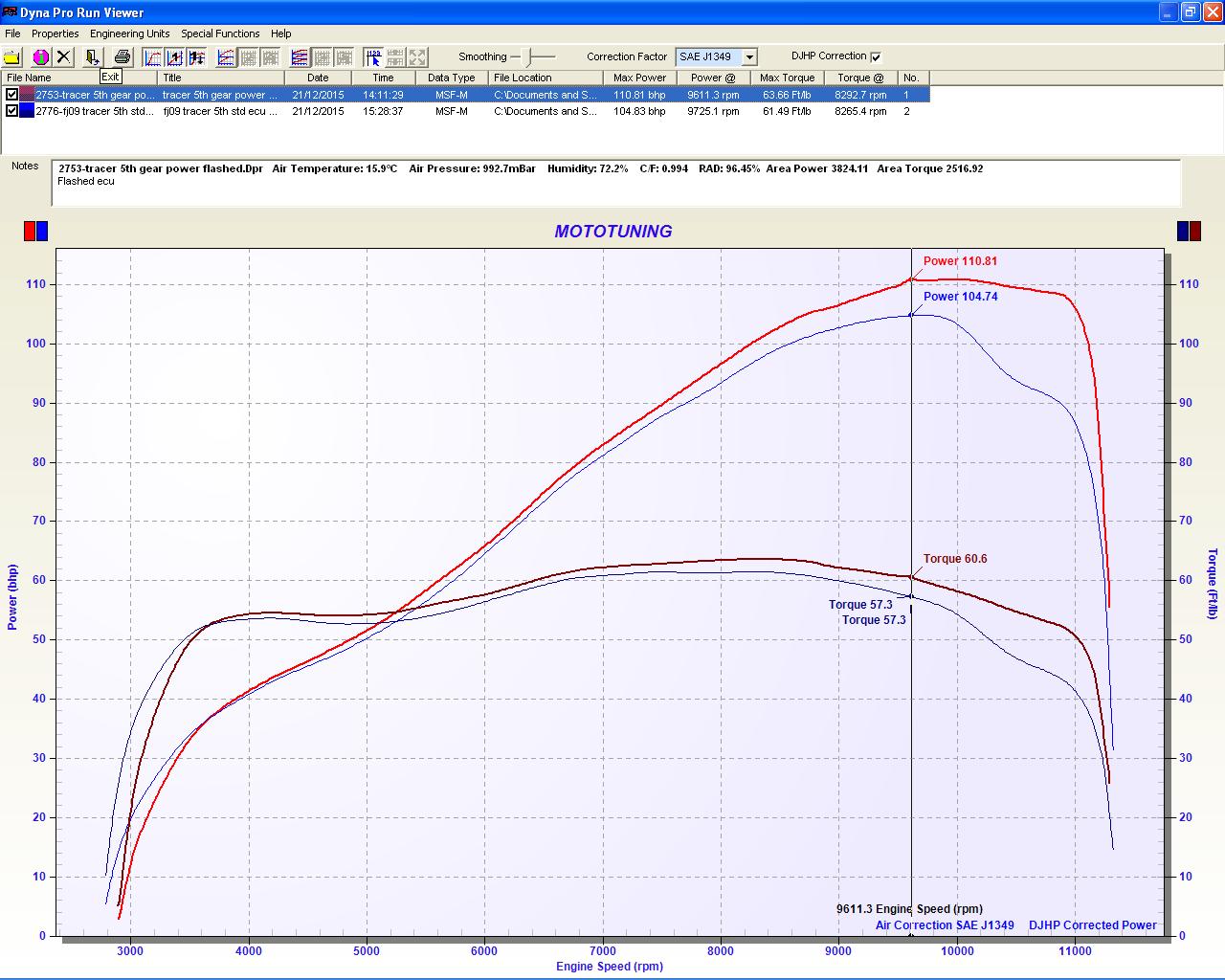 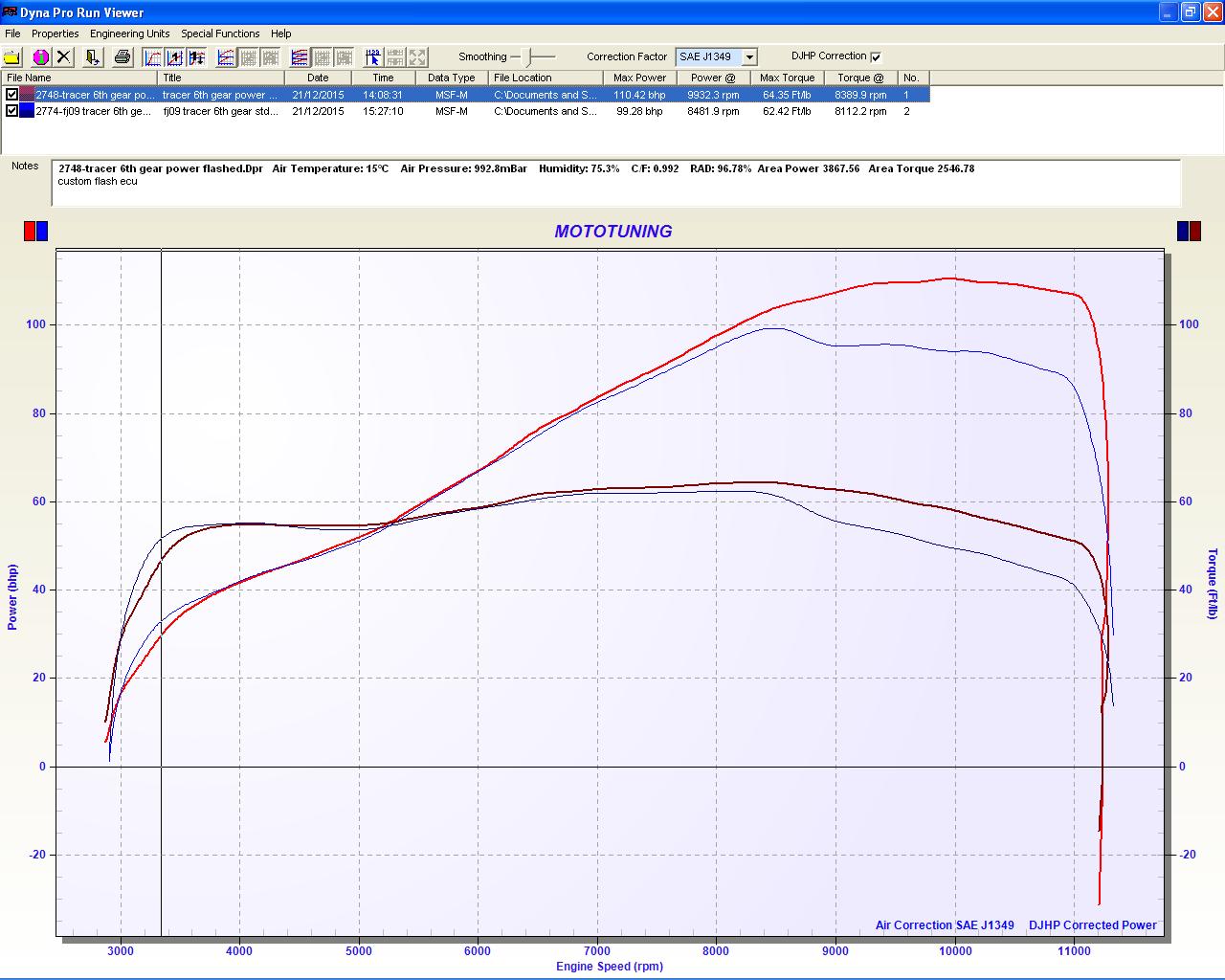 What does it all cost?

There’s 3 ways you can get this done to your Yamaha Tracer ECU:

2: Roll in roll out . Removal and refit of ecu .Pre developed on dyno flash flashed to your ecu .
€350

3: Bring your bike for a custom ECU flash – this is what we did with Dereks’ bike. because his bike was a brand new model I needed to do this to get baseline settings. The map was setup specifically for his bike .
€400.

Derek actually made a video on the process – enjoy!