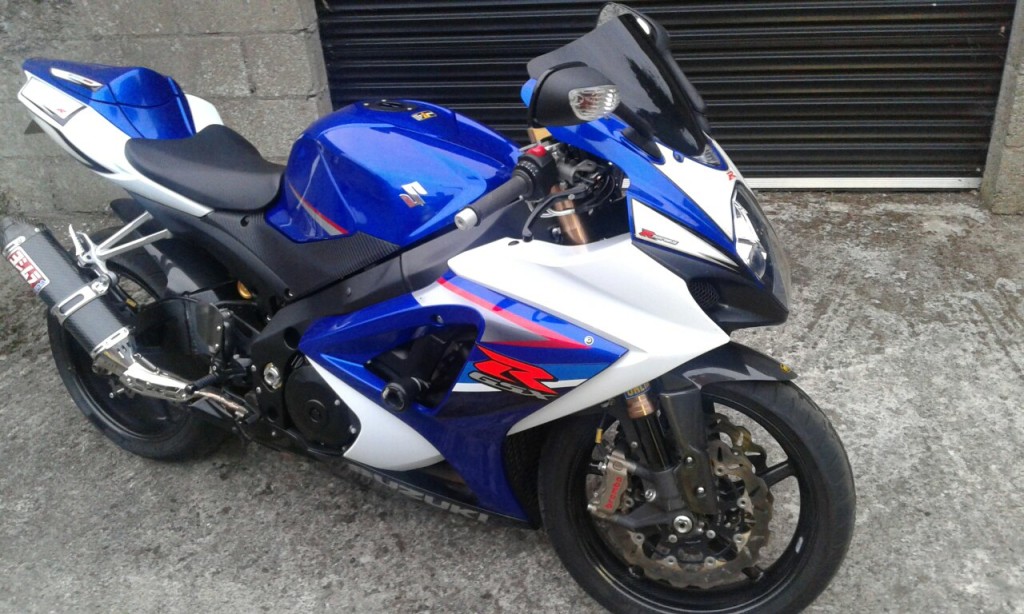 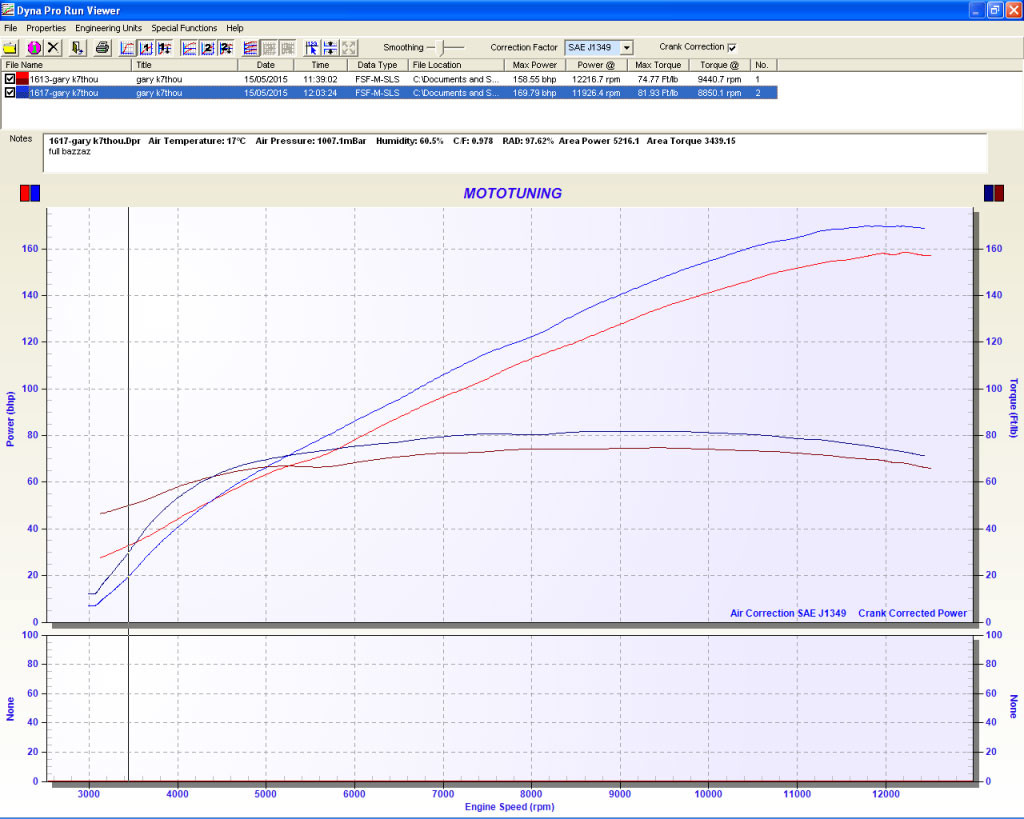 When the full custom map was built and the optimum performance was achieved the fuel controller was then again disconnected from the bike and the bike was put back to its original state . The custom ECU Flash process began . Parameters were edited and deleted . gear restrictions were removed through ignition and secondary’s . Exhaust valve opening times were also changed . The results are on the dyno print out below. A total of 15 bhp was gained.The real feel on the road is where the ECU Flash can be really felt . Most modern motorcycle have restrictions in the lower couple of gears to tame the bike, with these removed and all throttle openings edited with a custom on dyno ECU reflash it totally transforms the riding experience. 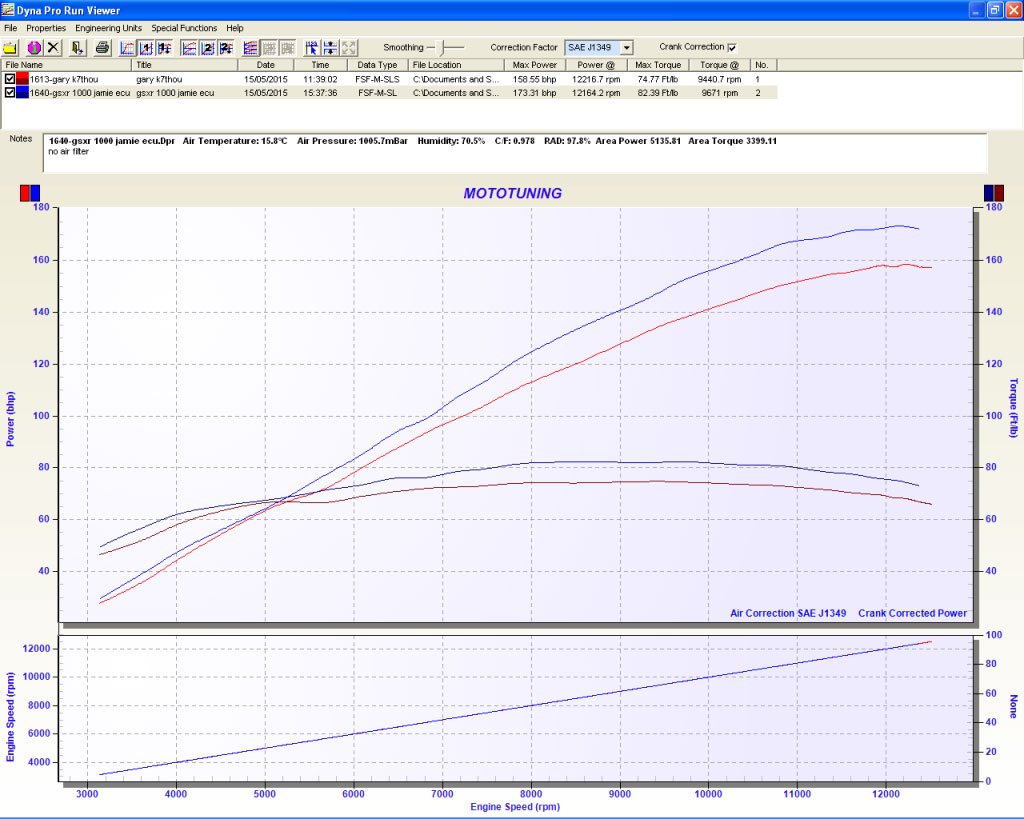