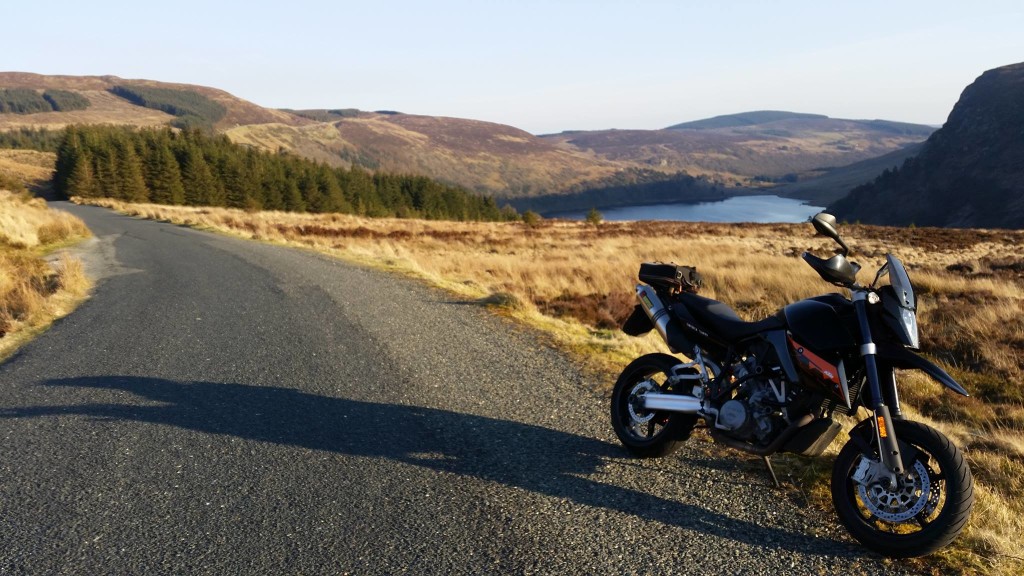 The KTM 990 motor has always been a hit with me. It’s strong, well put together and ORANGE – what more could you want?!

Well the injection system on the 990 has always been a big let down. The 950 with its carbs was beautiful but the Austrians had to go all fancy and stick some electrickery with 990. Thankfully the ECU can be tapped into and there’s huge improvements I can get from these motors.

This one was dropped in by Alan McCaffrey as he felt that there was ‘gains to be had’!

This one was a good clean example with Akrapovic exhausts and the secondary air system (SAS) bypassed.

So, what did the customer think of the changes I made to his KTM 990 SM?

[quote align=”center” color=”#999999″]I dropped over my KTM 990 SM to Gary who flashed on a couple different maps to see which suited the bike best, he then took that map and tweaked the air/fuel ratios across the range to get it spot on.

In total it took 7 or 8 runs on the dyno but the custom map was worth the effort, the difference in the bike is night and day. While she’s up 6BHP at the rear, it’s in how the bike rides that the difference is most apparent.

Previously, if I shut off from full throttle and snapped back on again, there was a slight hesitation of .5 to 1 second before the bike picked up and started powering on, that has been eliminated, the response is now instant and the bike immediately pulls hard.

Lower down the range, from approx 2,800 rpm to 4k rpm, holding a constant throttle was a bit inconsistent, it’s now spot on.

The torque curve is pretty much linear, she pulls hard from the word go and as long as you keep feeding gears, she’ll keep pulling. [/quote] 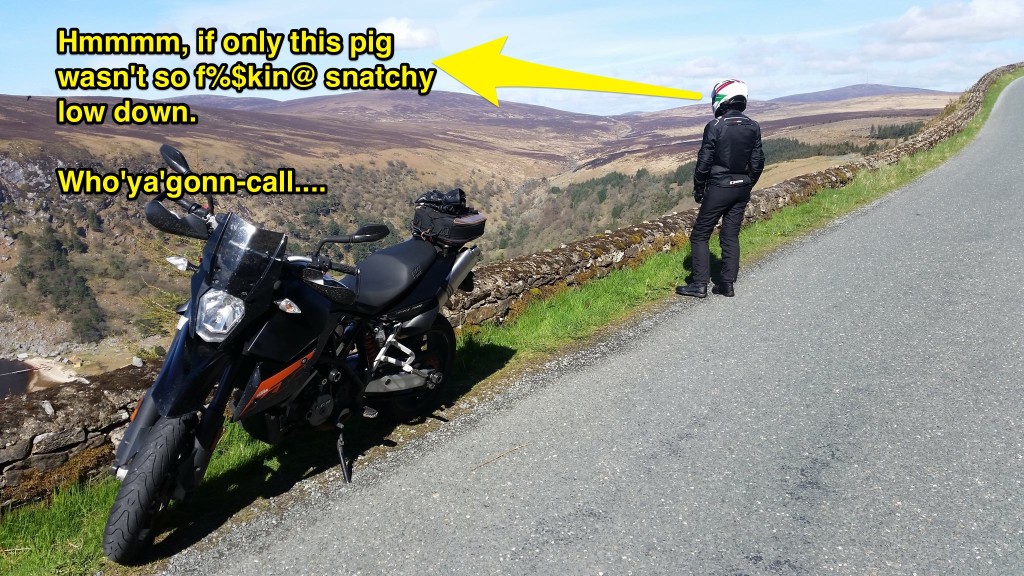