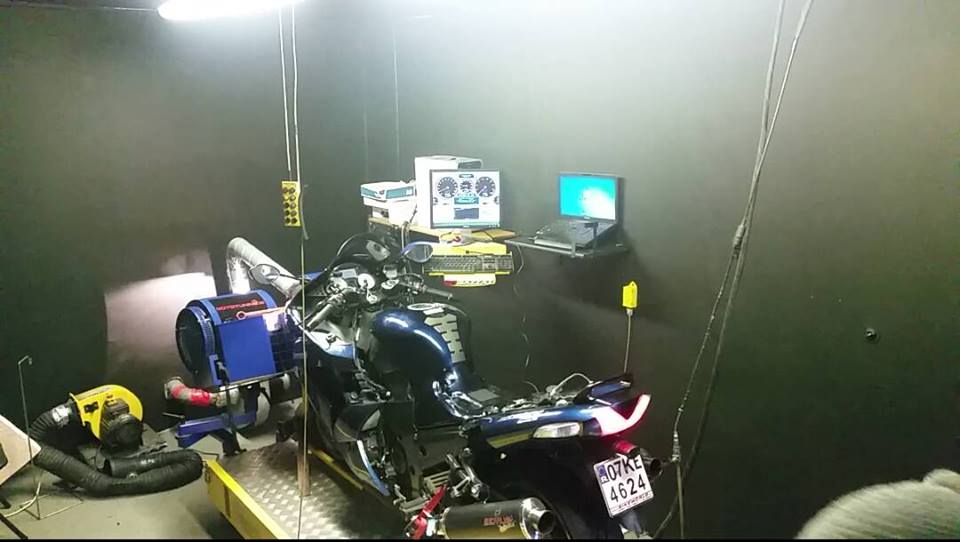 I was recently dropped a Kawasaki ZZR 1400 with some modifications (high flow end cans). The Zzr itself was quite clean (which always helps when carrying out work) and well looked after by the owner.

Ian was having some trouble holding steady throttle and was getting a surge at low rpm / steady throttle. He also wanted to remove the low down restrictions in the first couple of gears and of course to get a little bit more power from his bike. Ian also wanted to get his throttle bodies synchronised while I carried out the custom ecu tune.

Firstly, I carried out a couple of base runs on the dyno which included a 100% throttle sweep test (shown in the graph below in red). Then a 25% throttle step test in the lower gears was carried out to find the throttle power restrictions between 2000 and 6000 rpm (Shown in the second graph in red).

After assessing the graphs the ecu was removed from the ZZR (which was a bit of a nightmare to be honest) and adjustments were made. The ecu was then refit and ran again. The bike was ran again a number of times after this with adjustments made each time to optimise the ZZR’s performance with the ecu being flashed multiple times. While flashing the ecu I also removed the top speed limiter from the zzr.

As you can see from the graph below nearly 10 bhp and 8 ftlb (11nm) of torque was achieved. 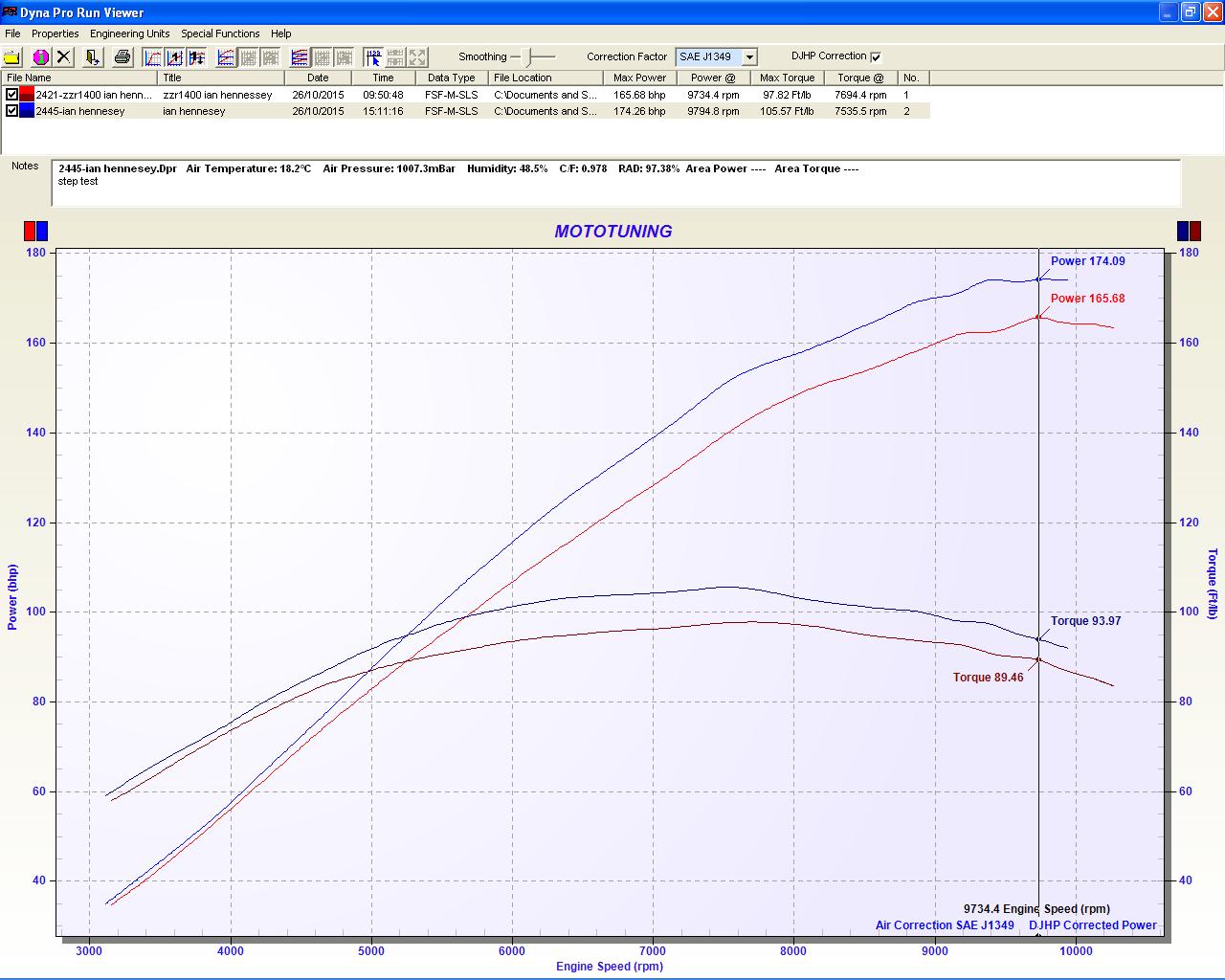 With this graph it shows the low down power restriction in second gear . Test were also taken in the lower gears which replicated this graph. As shown on the graph the power / torque figure were not only increased but the torque has become more linear .

Thanks gary . Delighted with the bike no, its much better , exactly the way it should be, thanks for doing a great job

Contact us for more details on what we can do for your bike …….