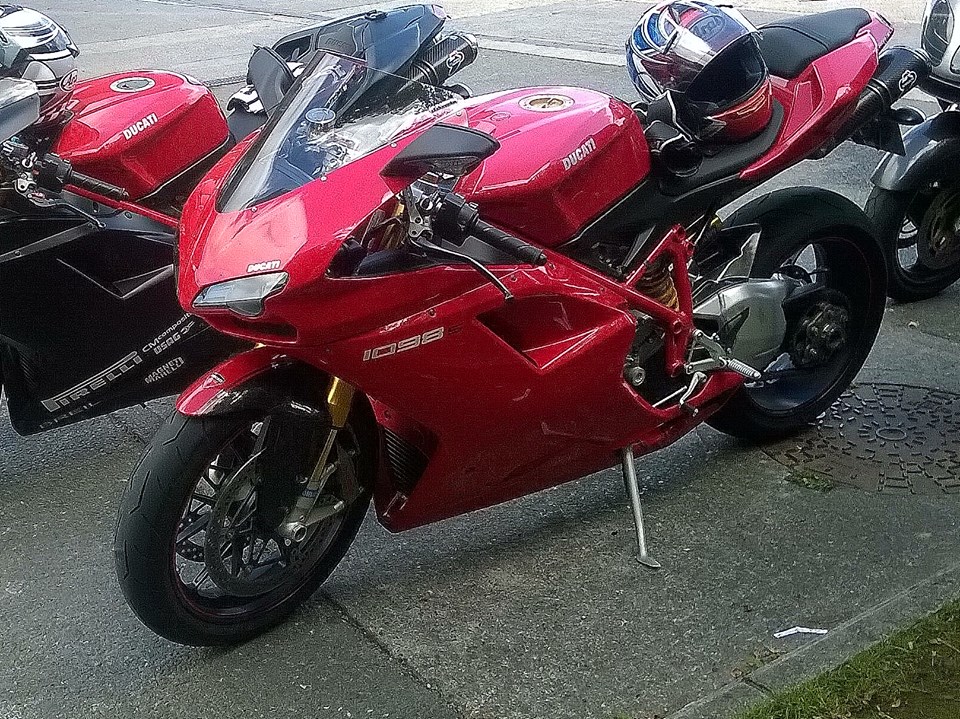 I was dropped up this 2008 Ducati 1098 s as the customer felt the throttle response was really snatchy in the lower rpm which made the bike near impossible to ride around the city centre without needing to ride the clutch  to make the power delivery smooth. Surging at lower throttle position was also a problem (motorways cruising speed)
The customer was also looking for a smoother power delivery and an increase in bhp and some custom dash text editing. (welcome note)

First the bike was run on the dyno to see where the problems the customer talked about were and how they could be rectified.
I read the ecu (Magneti Marelli) to find that the ecu had been Flashed/Mapped previously. With a generic map .
I built a custom fuel map through all throttle positions and advanced and retarded igntion to make the power delivery smoother in places where needed . Lots of attention to part throttle openings as described as the problem areas by customer. i.e (City riding / Surging)
The Ducati was running quite well to start with up in the higher rpm and higher throttle positions, but after some time on the dyno and many flashes later I achieved 7 bhp and 4 ft-lbs of torque and a consistent power/torque gain throughout  all the way to peak figures. I collected my bike from Gary at MotoTuning and he presented me with a fantastic dyno print out of what was achieved on my 1098 . After riding the bike for a few minutes the differences were amazing! No snatchy throttle, linear power, and when I came to slow speed turns or traffic the ride ability was fantastic. I also had a problem while riding on the motorway in 5th gear there was what I can only describe as a surge almost like on and off power while holding a steady throttle . After the custom Flash/Map all was fixed no surging.The bike progresses so much easier and is a lot easier to ride and the increase in power in seriously noticeable.
I would highly recommend MotoTuning for a ECU Flash / Remap. Top job
Ray