“If I have seen further than others, it is by standing on the shoulders of giants”

I think this quote is more apt than any other when talking about this bike.

The 2016 BMW s1000rr is a one of the highest peaks you could find, particularly in term of motorcycle technology. The BMS-X ECU installed on this bike is a beast, but as always I want to do more, to see more …. Its just nobody quite told me the height of the giant I would have to climb in order to see the farthest.

But when Andrew dropped in his s1000rr to have me go through it that’s exactly what I wanted to do.

Now while the older generation is not an easy beast to master in it owns right. The BMS-X ECU installed in the later generation is an entirely different kettle of fish. For one, there is no plug in adapter that allows you to interface with ECU. The second, being that nobody else has managed this yet in Ireland so just everything about this project had to be done from scratch.

My head hurt just even trying to comprehend how much is actually involved in the building of a map for this thing.

The first, and probably the biggest issue, is getting the information sorted on the ECU from the bike so it can be diagnos

ed, tweaked, edited, tested and then ultimately all put back together and get the bike up on the dyno.

The only real approach to take to this is to remove the ECU from the bike, strip the ECU housing down to get the sweet nugget cent

er inside! After that, trick the ECU into thinking it is still plugged into the bike and read all the information off it! Simply really …. Only its not …. Not at all … not even remotely!

But once we had all the info downloaded off the ECU, and firmly back inside my wheelhouse, it was time to work my magic fingers over the numbers and create something that is truly special.

Oh, and I did it without removing the lambda sensors so I can keep it in a closed loop so fuel consumption wouldn’t be greatly effected and I left the rain map alone just because I didn’t want to give people a lot of brown trouser moments when they get stuck in the rain.

Impressive, right? Well not as impressive as the results:

40%TPS before and after flash. 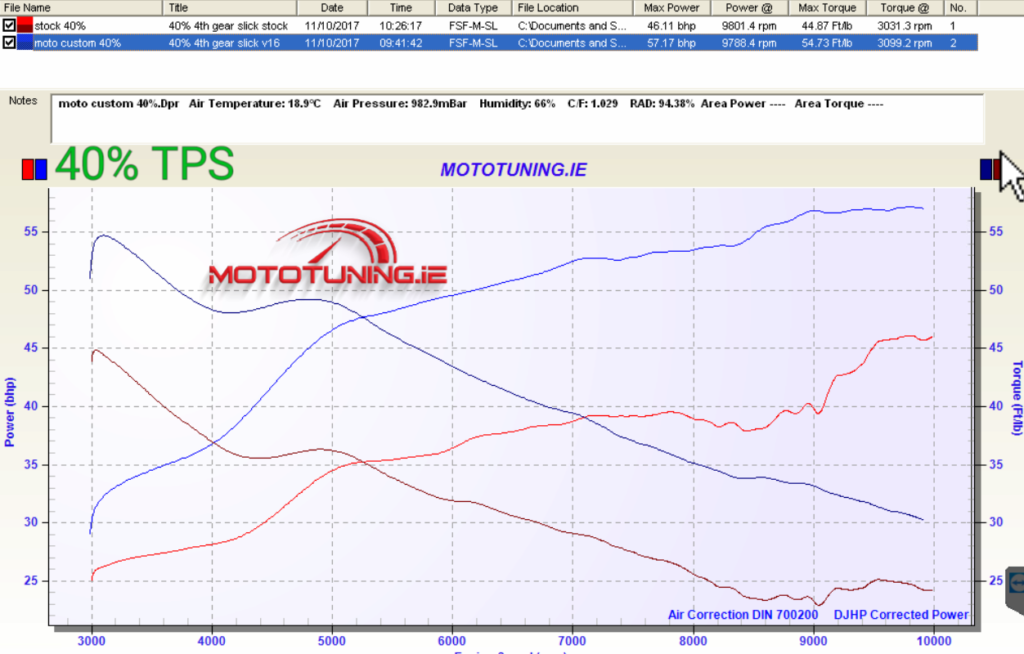 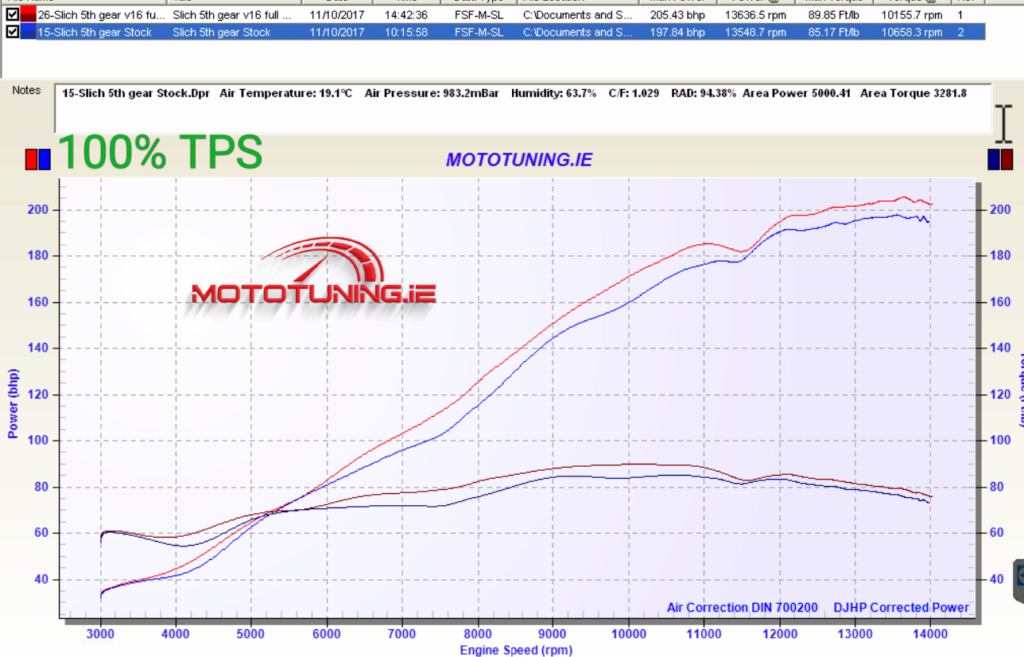 This takes an extraordinary amount of time to do to a bike so if you’re thinking of getting a map flashed to your bike, please note that it will take an entire day to tune your bike on the dyno because of all the steps involved.  The total cost for this map would be 550euro

Alternatively, you could post your ECU to us and we can build you a custom map for a standard of full exhaust system. Depending on what you have installed on your bike, All our postal maps have been built in house on our dyno, the cost of which would be 400euro

The results are absolutely worth the price of admission and if you don’t believe me just read what Andrew had to say about his bike.

“Its been few days now since got back my 2016 S1000rr, Gary fitted a full arrow system and ecu flash and map and my god the difference is un-real the bikes response is mind blowing and nice 205bhp thanks again”

And if you have never heard what 205 fire spitting ponies sounds like then you have to check out our videos of the dyno runs on this bike. Just head over to our Facebook page or click the link below

Until our next adventure,