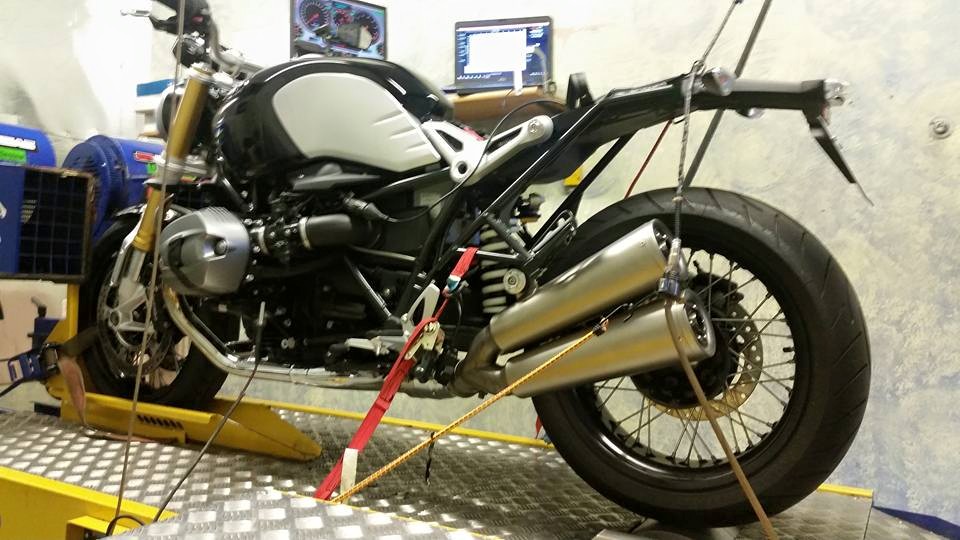 This BMW R9T was dropped to me by a motorcyclist who has a love for bmw motorcycles and is not the first bmw he has owned . The owner of this R9T had been down the aftermarket fuel controller route in the past with his previous BMWs and never really got the results he had hoped for .

The main complaint / problem with the R9T was a snatchy / hesitant throttle response at lower rpm. Mostly caused from strict emissions regulations from the factory. While addressing the problems i also wanted to release some power from the BMW boxer engine.

The bike was a joy to work on as it was so well kept and so new . Firstly I took a read of the bikes ECU. The bike was then put onto the dyno and a base reading was taken before any editing took place. While driving the bike on the dyno I could see and feel the hesitation/problems that the customer had described to me.

Some custom ignition editing and fuel editing with some limiter edits were carried out with the first flash to the ecu and gains were made. After some multiple runs and edits all hesitations were rectified and some really nice gains were achieved. 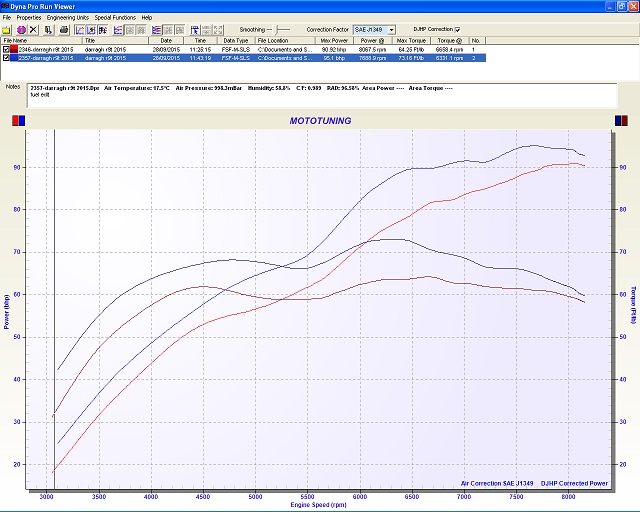 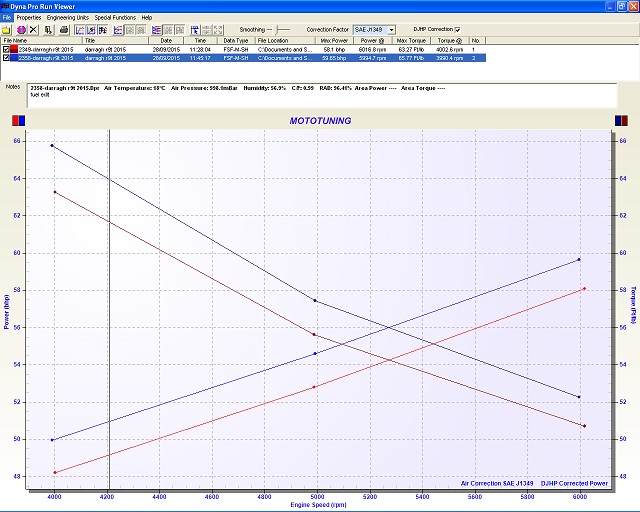 As you can see from the graphs above there are substantial gains with over 5bhp and just under 10 ft/lbs of torque and at 50% throttle increased power and torque with smoother power delivery at all throttle positions.

It feels much smoother now. The second I pulled away from your door I noticed the difference.
Throttle response at part throttle is silky.
The extra torque is also most welcome, acceleration from 50kph in 3rd gear is noticeably stronger with no hesitation when the throttle is opened rapidly.
It also sounds better when driving around town, however you managed that. Maybe that is my imagination!
Anyway, I am very pleased overall. I was amazed with the extra torque that you were able to find in it; it’s like a bigger engine was put in.
Thank you very much. A job well done!
Regards Darragh

Option 1 : Post in your ECU, contact me with the spec (exhaust, air filter, etc) and I can flash the ECU without the bike. Flashed with dyno built maps       Price :€350 BMSKP €450 BMSX/BMSMP Euro 4
Option 2 : NO DYNO.  Get your ECU flashed to pre configured on dyno flashes to suit your bikes configuration whether it be a full exhaust system , slip on end can or high flow air filter etc   Price: €350 BMSKP  €450 BMSX/BMSMP Euro 4
Option 3 : Bring your bike for a custom ECU flash – this is what we did with Darragh’s bike. Dyno print outs before and after and your bike fully customised for optimum performance / efficiency . Price:€400 For BMSKP €550 BMSX/BMSMP Euro 4
Euro 4 Results below ; All TPS logged and accurate with Voltage input 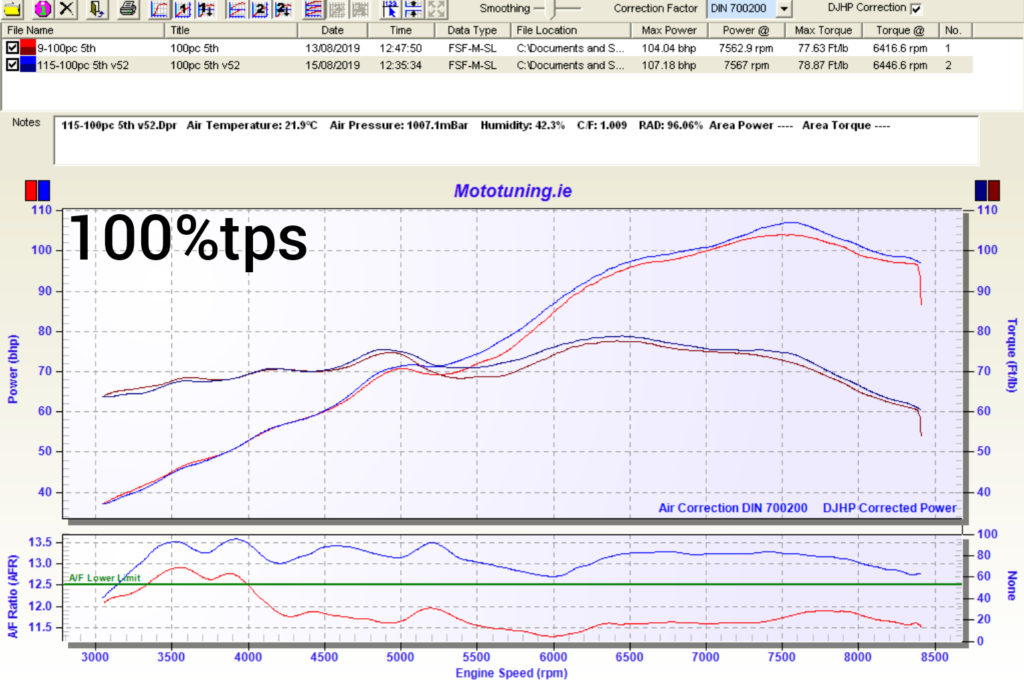 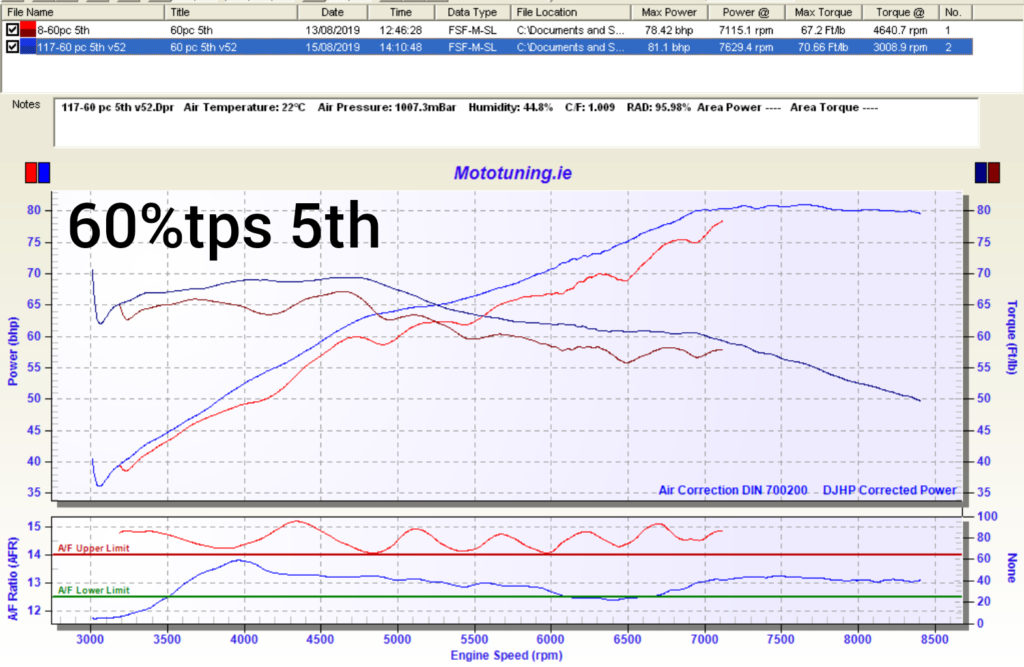 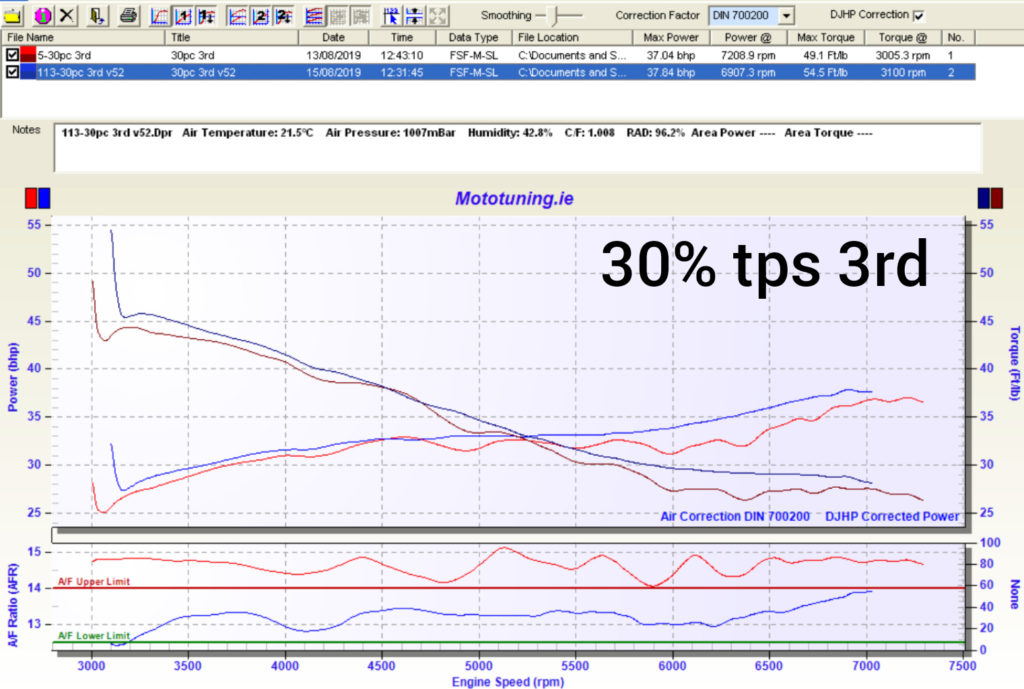 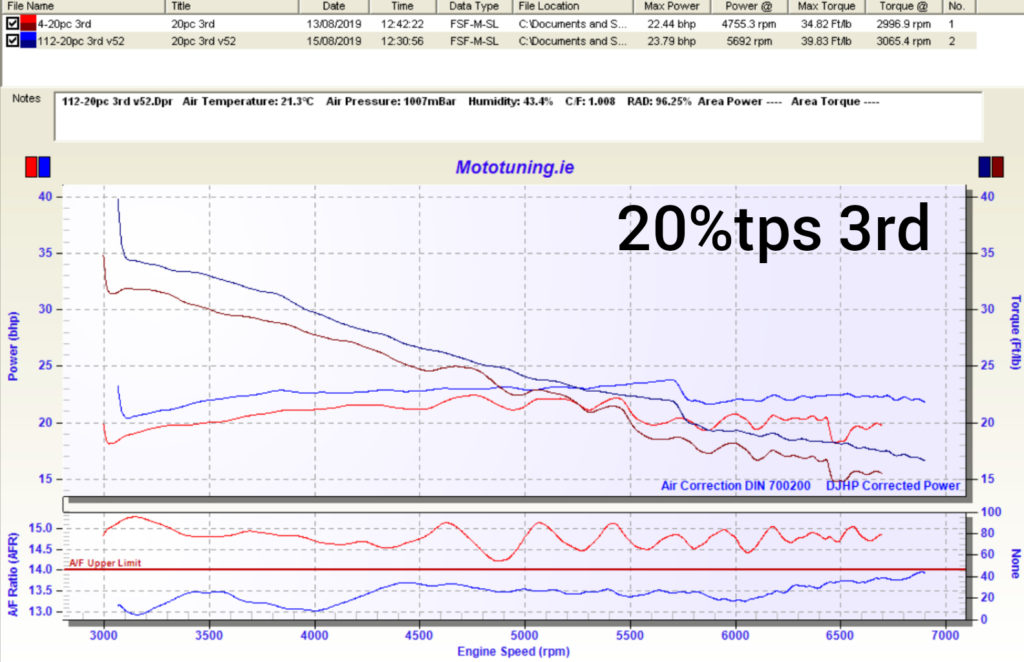